Nabamba is the Water Spirit who, at creation, separated the water and land; as well as separated the Earth and the Sky. Nabamba derives His name from his role at creation. He lifted and fixed the sky, and caused Earth and Sky to stabilize, to steady and balance, each in their respective place.

Nabamba is the Dean of Spirits, with the Sacred Grounds at Budhagaali as His most favoured place and space. Budhagaali the place is auspiciously located on the banks of the River Nile, Afrika’s spiritually senior river; a couple of miles from the point at which the Nile empties out of Nalubaale, the Lake of Goddesses (Lake Victoria), Afrika’s spiritually senior lake.  Afrika is as well the world’s senior continent, the oldest continent; with the longest and most complete history and memory of human habitation on Mother Earth. 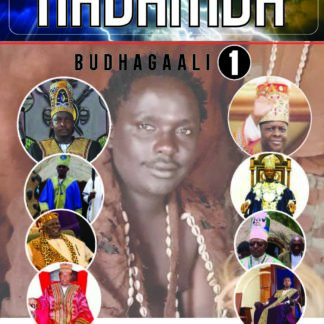 You're viewing: Understand Nabamba Budhagaali – ebook $0.00
Select options
Join Waitlist We will inform you when the product arrives in stock. Please leave your valid email address below.